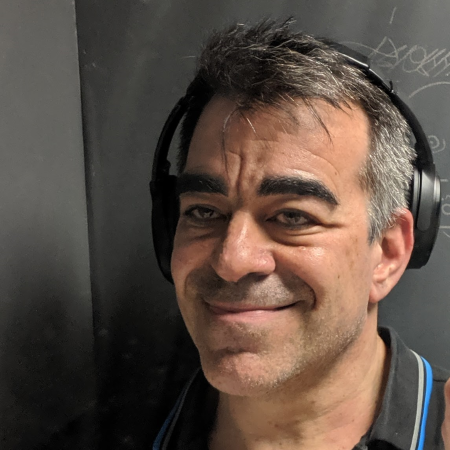 Sandy Smallens is the Founder and Managing Director of Audiation, a New York-based podcast studio which produces commissioned and original shows for clients such as: Barbara Corcoran, Black Lives Matter, Discovery, Global Citizen, Kindred Media, Lean In, LionTree Advisors, Nokia Bell Labs, Red Seat Ventures, Sotheby’s, Thrive Global, Warner Chappell Music, Washington Post and many others. Prior to that, Smallens was a member of the 20-person team that launched Spotify in the US in 2011; he founded and oversaw the company’s Original Content department through 2016. He has run digital divisions for broadcasters Entercom (SVP, Digital) and CBS Radio (VP, Interactive Marketing and Sales), and has served as the chief creative officer for sites such as SonicNet (acquired by MTV) and GetMusic (acquired by Universal Music), as well as running viral marketing agency Oddcast (Elf Yourself).

A voracious podcast fan, politico and bassist, he graduated from Yale with a degree in Political Philosophy, and spent his early years launching the music industry’s first internet department at Atlantic Records. He is a founding member, bassist and singer with the Too Much Joy, who recorded for Warner Bros. in the 80s and 90s and toured nationally, and has recently re-emerged out of sheer quarantine boredom.